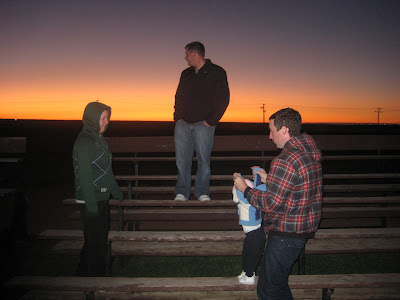 The licence plates in Saskatchewan claim the province is the land of the living skies. Hear, hear! This photo was taken behind Rosetown Central High School during our visit home for Thanksgiving. Isn't it strange to think that I once watched football on those same bleachers? Wearing my matching Rosetown Royals hoody and jogging pants? That's what happens when you're in grade eight and you have a crush on a footall player. Don't let it happen to you! 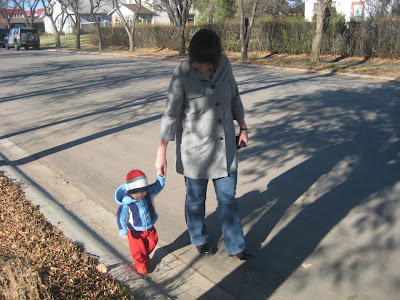 We had lots of family time, including two Thanksgiving dinners, but our camera was focussed on our nephew for the most part. Can you blame us?

Birthday update: I didn't bake anything for Michael's birthday, but I did take him to Pure Vanilla, an amazing bakery in Oak Bay, on Sunday. The cakes were tempting, but he opted for a selection of cookies (pumpkin cookies with maple icing, anyone?).

If I had problems with depth perception, I would totally think you were a giant in that picture, since the SUV in the background is "nephewed sized." I probably should have kept that to myself.