I've spent the week eating poorly and cleaning the house in slow motion. That's what happens when Michael goes away. He was working in Duncan this week, and I just found out that he gets to come home today (a couple of days early). Also, it's his birthday, so I'm extra happy to have him in my grasp. However, I'm a little frantic because I didn't plan any birthday stuff. For example, I won't be making the cupcakes that I made last year. Nor will I be making this angel food cake. I'll let you know what I come up with. 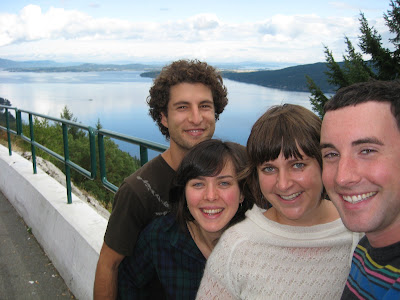 I've been meaning to tell you about our September Cowichan Bay adventure, so I'm just going to go ahead and do it. Zoe and Dan (yes, yes we are friends with another couple with the same names) wanted to spend a day in the country, so we decided to check out the Cowichan Wine and Culinary Festival.

We live so close to Cowichan Bay, but Michael was the only one who had ever been before. I'm glad we made the effort. I could live there.

We tasted wine at Cherry Point Vineyards and cheese at Hilary's Cheese Company. Some of us had treats at True Grain Bakery and then we had lunch next door. I can't remember what the place was called, but the meats and cheeses and soups were delicious. We were too late for samples at Merridale Ciderworks, but we bought some cider from their store all the same. 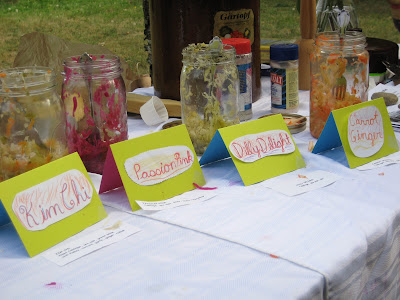 One of the most interesting attractions was Keating Farm. We tasted different types of sauerkraut and learned how to make it without vinegar. I got the impression that it's very good for you, and I have it on my Things Worth Making radar (along with those cute signs, of course).

Oh my gosh. I'm so jealous. I totally wanted to check out the Cowichan Valley action when we were there last month, but no time.

I'll do it again when you visit next. It was lovely.