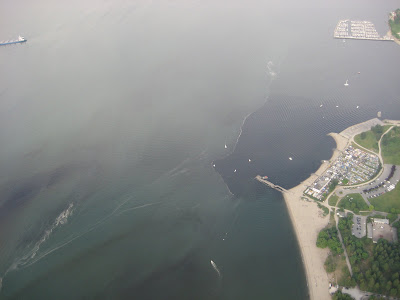 I took the float plane to Vancouver again, this time for work. Michael calls me a jet setter, but Wikipedia tells me he is using the term incorrectly:

Jet set is a journalistic term that was used to describe an international social group of wealthy people, organizing and participating in social activities all around the world that are unreachable to ordinary people. The term, which replaced café society, came from the lifestyle of travelling from one stylish or exotic place to another via jet airplanes.

I don’t consider working at Canada Place exotic nor do I consider a float plane a jet airplane.

While it wasn’t stylish, my Saturday shift wasn’t too bad because I got to catch up with Lydia, who joined me at my booth for an hour before we shared a sandwich and a brief foray at H&M. 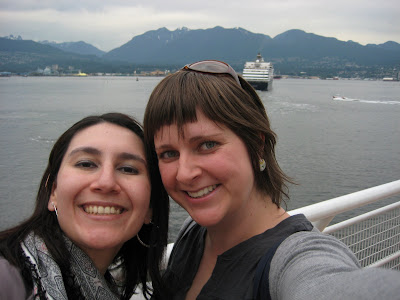 This is us commemorating the departure of the cruise set.

Not so smart car 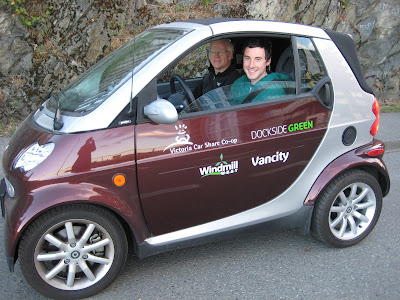 The Victoria Car Share Co-op has a new Smart Car. I've always thought these cars were kind of silly because they do not fulfill my vehicle needs, such as moving medium to large objects, transporting more than two people and/or enabling a road trip (this last one is debatable, but I know I wouldn't feel safe traveling at high speeds in such a little thing).

Still, Michael and I were excited to try one out, as were my folks, so we made a special trip to Dockside Green (where the car is parked) while they were in town. We took turns driving around the block.

I still think Smart Cars are silly, even though they're more spacious than they appear. In addition to confirming the concerns listed above, I discovered one more quibble during the test drive: the pseudo-manual nature of the car. You have to shift this car into different gears, even though there is no clutch.

Billy Brown (Vincent Gallo in Buffalo 66) and I are on the same page when it comes to manual cars. We only drive cars that shift themselves. 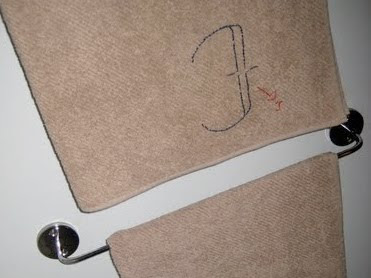 These towels involved free-style embroidery, which made me really nervous. And then there was the task of finding an appropriate font for the newly-wed couple. I'm not sure about the one I chose in the end, but I do like the humorous twist that I took at the last minute: 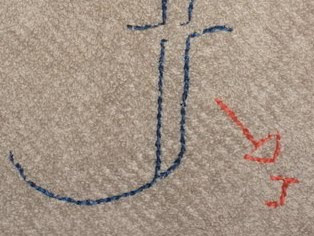 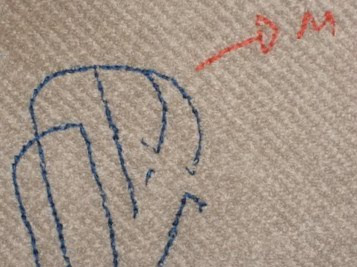 My "J" and my "M" aren't entirely obvious representations, so you can see why I felt some assistance was in order. 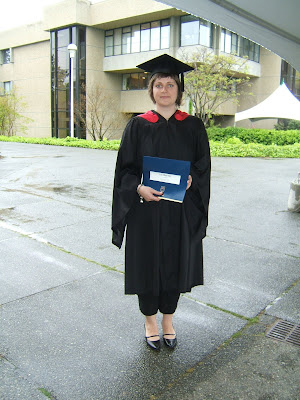 Things have been happening, but I guess the biggest thing that has happened is my graduation ceremony. It took place last Tuesday, but I've been busy with family, so I forgot to tell you.

I've been telling people that it was a lot like church, except at one point I had to bow in front of this guy sitting in a throne and he tapped me on the head with his velvet hat. Actually, that sounds a lot like church too. Anyway, it wasn't what I expected. I didn't even get to shake anyone's hand. And my degree wasn't rolled up with a red ribbon.

So it wasn't my vision, but I'm glad I went because it provided closure. It was also pretty cool to see my parents and my Baba in the front row of the auditorium.