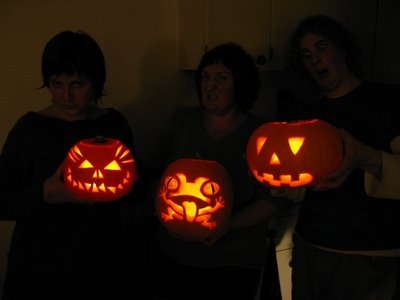 Happy Halloween! Robyn, Alex (Robyn's honey who is visiting from London) and I carved pumpkins on Saturday night while Michael roasted pumpkin seeds. Sure, it wasn't Halloween, but everyone else was celebrating this weekend, so we did too. We also went to the corn maze after dark and a haunted house that was cleverly named Carnevil. The only thing scary about the corn maze was the wind rustling through tall stalks, but the haunted house didn't disappoint. However, I'm still confused about why people pay other people to jump out at them with scary costumes on. Why do we like it? Is the adrenaline rush that good? I have no plans for the real Halloween day, mostly because I have a big essay to finish and I don't really like dressing up (unless I have a really smart costume planned in advance). So there you have it. I hope you all eat some good candy, because that's really what it's all about.

Email ThisBlogThis!Share to TwitterShare to FacebookShare to Pinterest
Labels: DIY 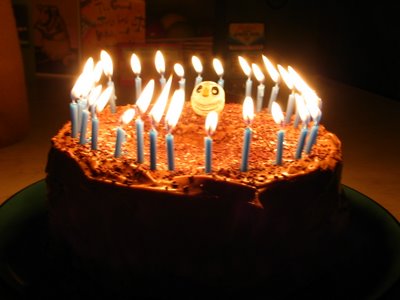 I'm posting another picture of the cake, since you asked (you didn't). At least Lydia noted the nature of the cake in her previous comment, though. It is indeed an angel food cake, made from scratch - Michael's favourite. I actually enjoy making this type of cake because it is so particular. Oh, and it smells divine as it's cooking. Oh, and it tastes divine too - we're talking melt-in-your-mouth action. However, I have yet to find a delicious and easy icing to make for this cake. This last attempt produced a beautiful classic butter cream icing (with a dash of kahlua) that took an hour to make and two sets of hands. That's not cool, especially when the second pair of hands belong to the birthday boy himself. No matter, the finished product was a success, with thanks to Ananda for help with the finishing touches. Sprinkles don't sprinkle themselves, friends.

So begins his last year of youth 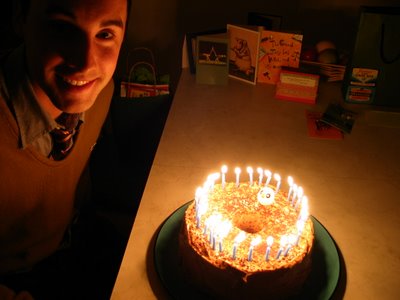 I'm not one for writing catch-up posts on my blog. I always wrote them in my journals when I was young (speaking of which, my paper journal has become really lonely since I started this thing) and they inevitably turned into a dull list of all of the things I had meant to write about. Sadly, I'm about to write one such post now, but hopefully it won't be as boring as those others. 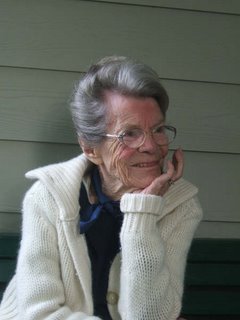 First off, my grandma turned 90 years old last Sunday. Isn't she a fox? We had celebrations over the Thanksgiving weekend, but all the guests were gone by the time the actual birthday came around, so grandma and I ate A&W Teen Burgers (her choice) together for a muted version of earlier festivities. I'm so happy that we live in the same city right now; I know many people wish they could eat A&W with their grandparents, and I thought of them as I ate my burger. 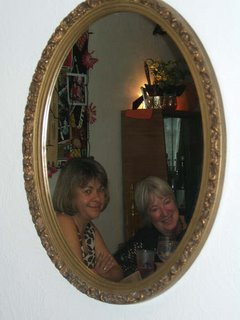 Next, I want to write about my Thanksgiving weekend, even though it seems like distant memory (maybe I should throw out that left-over mashed turnip already). I did mention that my dad and I went to Navy Days when my parents were here, but I also wanted to say that it was wonderful to have them kicking around for a few days, along with my Auntie Mavis (from Ireland) and my Uncle John (from New Westminster). We hosted Thanksgiving dinner at our house and it was a smash hit: simple (stovetop stuffing and turkey breasts instead of a whole turkey) and delicious (pumpkin pie and spiced honey wine). I took this photo of my mom and Mavis after dinner. The mirror is a new addition that my Mom picked up while shopping with Michael. I know taking pictures of people's reflections isn't a new concept, but I love the effect it creates in this photo. They look surreal and it reminds me of Alice through the Looking Glass. 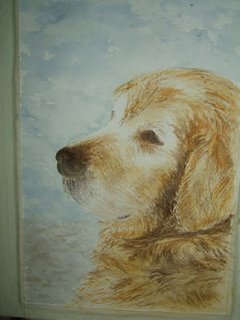 Finally, I wanted to show the world this beautiful picture of Norman that my Mom recently finished painting. For those of you who didn't know him, Norman was our family dog for 13 years, and even though it's been several months since my parents had to put him to sleep, I still can't bring myself to write about it. I'm just so impressed with how she totally captured him in this painting, and I've asked for a print of it for Christmas. I'm getting choked up just writing this post, so I'll just leave it at that.

On a happier, sexier note, Michael and I are going to see Shortbus in the theatre tonight. If it lives up to the hype, I won't be writing a review of it here - I'm too shy.

As some of you may know, I have plans to become a municipal politician at some point in my life. The seed was planted when I attended my first city council meeting in Vancouver as a requirement for a journalism school assignment, and it continued to grow as I covered Tofino district council meetings for the Westerly News. When one of my female journalism instructors was elected to Vancouver council (right on, Anne Roberts!), I was inspired to follow in her footsteps, though she told me that I need not wait for my hair to turn grey to get involved. And then there was that dream I had where I was the mayor of Sechelt. More recently the inspiration has come from Sonya Chandler (left), the 30 year old Victoria city councillor. She's a hip nurse, just like my Mom and my sister, and she works on many wonderful initiatives here in Victoria. I saw her in action at a council meeting last month that I attended for an urban politics class (funnily enough, I'm writing this post whilst avoiding an assignment for said class). Isn't it wonderful that she's so young? Part of my report highlights the fact that the youngest councillor, Sonya, is 30 and the oldest is in her 70s (I'm waiting to see if Helen Hughes (right) feels comfortable emailing me her exact age - and don't be fooled by the picture; it was surely taken a few years back). I guess I'm inspired by the fact that five out of nine Victoria city councillors are women, and their various ages prove I have at least a few years to pick a city, develop a platform, run for mayor and perfect my studio smile. 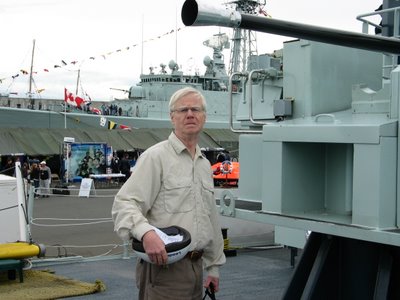 While my parents were in town for Thanksgiving weekend, my dad and I biked on down to Navy Days at Ogden Point. We went to see the F18 fighter jets that were scheduled to fly past at 5 (my dad's a pilot in his spare time), but the planes were late, so we checked out a mine sweeper ship while we waited (I'm not sure it's a good sign when the army isn't punctual). As you can see, my dad was not impressed with what we saw (click on the photo for a close-up of the aptly chosen facial expression). More accurately, he was interested in the equipment (unlike myself), but he wasn't happy about the blatant recruitment that came along with it. Both of us left convinced that we did not want to join up - and we don't want you to join up either. Most of all, we hope that this dog (who my dad named Tank), should go AWOL as soon as possible: 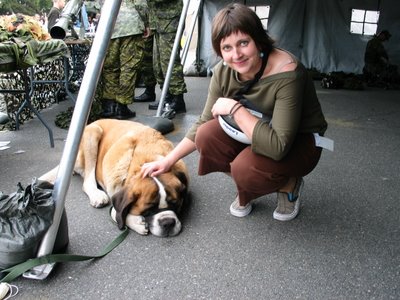 He's tired because he was mauled for hours by babies with army paint on their faces. I'd be tired too.

We are very appreciative that you have taken the time to contact us regarding your recent flight. WestJet strives at providing the best traveling experience for our guests and takes their concerns very seriously.

First of all let me assure you that you were in no danger during your flight. Although uncomfortable the turbulence was well within the capabilities of the aircraft. I did speak to your Captain who indicated that the descent into the airport was very rough due to a fast moving weather system that had affected the weather in Saskatoon.

The decision to divert to Regina was well founded and was made after much discussion with WestJet Flight Operations in Calgary. Even though your flight had enough fuel to wait around Saskatoon for approximately 20 minutes, the Captain and dispatcher decided that holding for that period of time would not guarantee that conditions would allow safe landing. As a result the flight proceeded to Regina to refuel and wait for the weather to improve.

I did however discuss your comments with the Captain over the lack of information provided to our guests. It is our policy to make frequent announcements to reassure guests whenever abnormal conditions are encountered.

From what you have shared, I also understand you were disappointed with the Captains conduct when you and other guests had decided to deplane in Regina. I can respect your decision to do so especially since you had a wedding to attend in Saskatoon the following day and you did not want to take the chance of being stuck in Calgary. At WestJet, we are known for our friendly and approachable attitude and I am disappointed to hear this was not demonstrated to you. We appreciate this feedback as it allows us to see where we can improve to better serve our guests.

I hope I have addressed your concerns and do apologize for the lack of information provided. Let me assure you however that none of our pilots would ever risk exposing our guests or themselves to an unsafe condition.

If I can be of any further assistance, please don't hesitate to call or write.