Cabin + Cub posted great photos of a public art installation that I gawked at from the bus during my last trip to Vancouver. I wasn't quick enough to take a photo, so I'm glad she took the initiative. 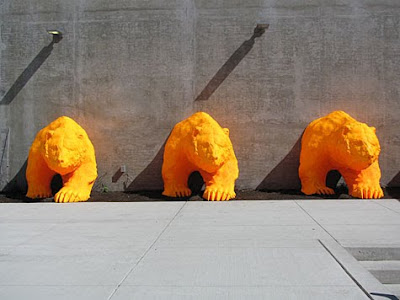 Email ThisBlogThis!Share to TwitterShare to FacebookShare to Pinterest
Labels: Art

So, photos: the best way to share the finer details of our trip, I think.

The two photos below were a little tricky to include in the photo set, however, since they require a bit of an explanation. 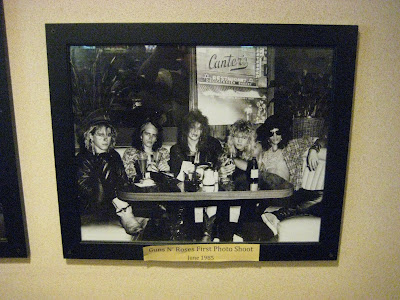 2. This is a half-assed recreation of the photo featuring cousin Bob Bowen, Michael, me, Shannon and Chris: 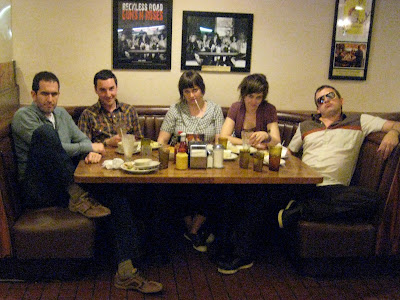 It's my kind of family photo.

Thanks for recommending the deli, Brie! In addition to the photo opportunities, the blintzes and the latkes were beyond. 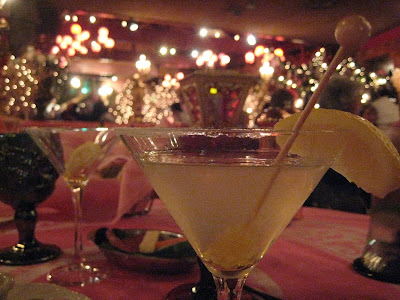 Whew. We are home from a wonderful trip to California, and I'm just going to take some time to figure out how to tell you about the journey (and also to get rid of the cold that I caught on the last day). We did a lot! One of the obvious highlights was our stay at the Madonna Inn, where I drank that lemon drop martini pictured above. Our gift certificate to the inn, a wedding gift from Shannon and Chris, instigated the trip south. It didn't disappoint.

Posted by Erin Riley at 4:44 pm No comments: