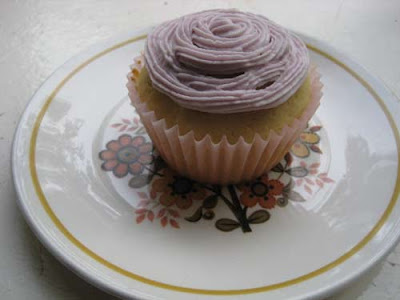 I made cupcakes! I've been eating too many sweets lately (I have a soft spot for Easter candy), so I gave most of them away, but the few that I did eat were delicious. I found the recipe on The Joy of Baking. I like this website because of the beautiful pictures, the thorough instructions (my icing turned out perfect, for once) and the contextual information that Stephanie Jaworski provides. Did you know the term cupcake originally referred to a cake where the ingredients were measured instead of weighed? I didn't. Also, I just found out that the site has been around since 1997. Did the Internet even exist back then?

I picked this recipe for vanilla cupcakes because it called for lemon zest. This was the deciding factor for two reasons. First, I've recently fallen in love with a lemon zester that I got for Christmas. Thanks Mom! Second, my friend Zoe T. gave me a cute little greenhouse lemon on Saturday, and I could think of no better way to use it. Thanks Zoe! 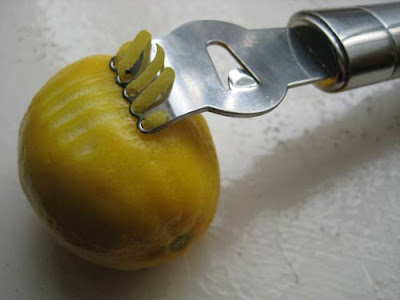 I decided to make the recommended buttercream frosting, although I was tempted by the suggestion to make royal icing. I'll try that next time. I also want to try colouring my icing with beet juice, but this time I just used the food colouring I had on hand. I wanted pink icing for festive purposes, but according to the back of the box, food colouring also adds appetite appeal to things like milk shakes (like they need any help) and pickles (that's right). 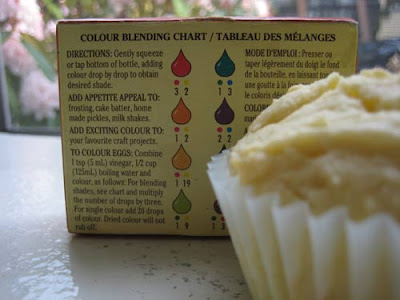 I've noticed that there are a lot of websites dedicated to cupcakes, such as Cupcakes Take the Cake ("the #1 blog about cupakes"), and a lot of cupcake-only bakeries, such as Cupcakes in Vancouver. I like cupcakes and all, but really? Why so much fuss? Maybe the artistic component of cupcakes has something to do with it. I know I had fun decorating mine with my new dollar-store piping bag (which I will be upgrading in the near future), but I am pretty sure I will never go this far.

I'm envying your zester! I think I need to pick one up.

Your zester is sweet. I never realized how many cupcake bakeries there are in the world until I started reading Cakespy.

I have a soft spot for Easter candy...

Ha! I have a soft spot too these days, in the belly area, that has much to do with Easter chocolate.

i love the joy of baking website. i refer to it regularly. my streak of pumpkin inspired baking from last year all came from the joy of baking and every recipe was a gem. i believe you when you say your cupcakes were yummy.

from a gawker article i read today about an erotica writer's cupcake blog...