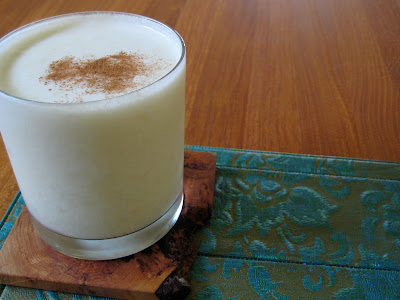 Summer cocktails! We have quite a repertoire in our house, and we now we have a new addition: the piña colada. This is a very simple drink, which makes me wonder why a person needs help from the myriad piña colada mixes out there.

Michael enjoys his with cinnamon -- that's how they were served when we went to the Baja a few years ago -- so that's what I've suggested here. I think you'll like the whole shebang.

Blend the first four ingredients in a blender. Pour into four glasses. Sprinkle cinnamon on top of each.

*We found this beside the coconut milk in our grocery store.