When you move into a new house, people buy you treats called house warming presents. I've never experienced this in full force before now. Maybe you have to move into an actual house? We've received flowers, plants, booze and chocolates from our lovely friends, including this British Easter chocolate haul from Robyn, who lives in London: 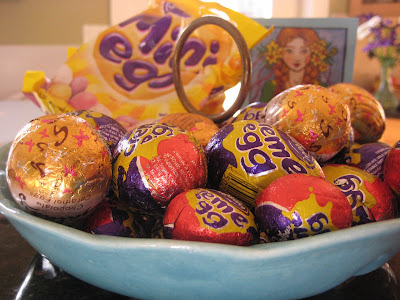 I realize that I've been posting about the house a lot, but even so, I haven't had time to write in as much detail as I would like. I hope that I'll have time for more reflection after we get back from our trip to California (where we get to stay in this room for one night). We've only been living here for one month, after all. 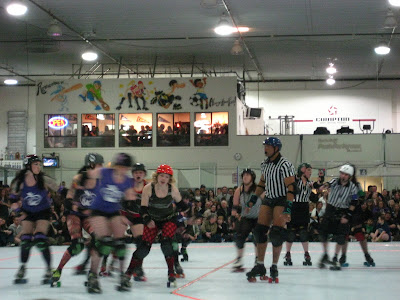 March has also seen life beyond the house. Last weekend Michael and I went to our first roller derby. We were floored by how many people showed up. Everyone in Victoria! Except no one that we knew (well, except for the host). We watched Victoria's Eves of Destruction decimate Vancouver's Riot Girls. Our favorite part was the diversity of the people in attendance - all ages and all sorts. Our least favorite part was sitting on the arena floor. That's what you get when everyone in Victoria shows up before you. 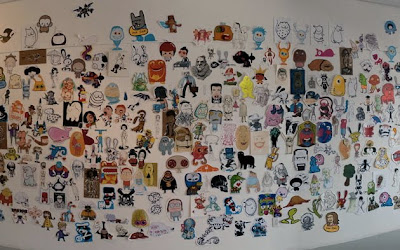 The weekend before we went to the IMYGRATE exhibition at Olio Co-operative. In 2008 we found one of the IMYGRATE characters -- a scuba diver/space man -- on the side of Oxford Foods. We brought him to Italy (the instructions beside the character told us to take him with us), left him in a cobblestone alley in Florence, took a photo and emailed the evidence. Thankfully, I randomly heard about the exhibition (which is a precursor to a book), and we saw our photo and accompanying email on the gallery wall. I was too shy to take a photo, but this one shows you how many characters were created for the project. 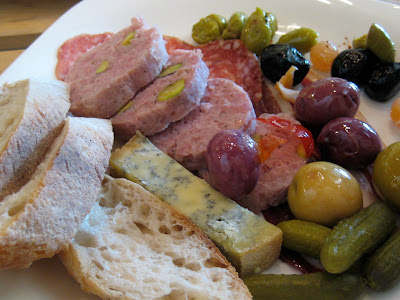 One of the other things that we've been doing lately is eating great food. In addition to cooking some fabulous meals in our giant kitchen (three times the size of our old kitchen), we've enjoyed memorable meals at Choux Choux Charcuterie, pictured above, and Brasserie L'Ecole. Things are pretty good, friends. Pretty, pretty, pretty good.