I'm not a huge fan of Halloween, but we did it up this year. Michael's costume was unbelievable: 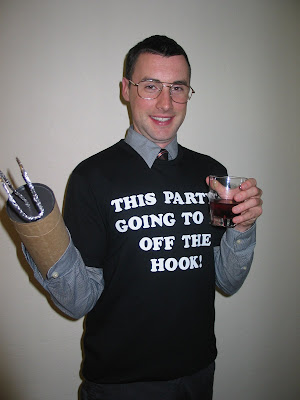 He was Buster Bluth from Arrested development (I couldn't find a picture of him after the seal ate his hand): 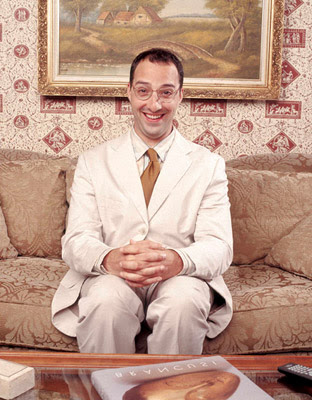 This was my costume: 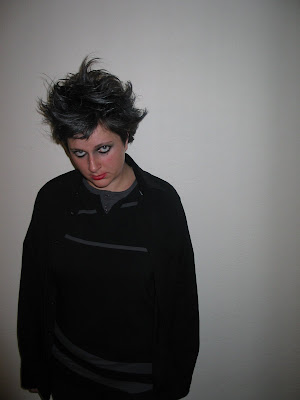 I was Robert Smith from The Cure: 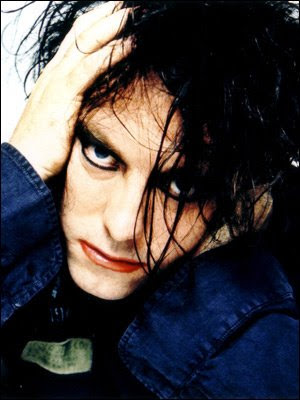 Dressing up is fun! I'm never sure about Halloween, what with the scandalous costumes and the masks that make me uncomfortable (my recognition skills aren't great at the best of times), but this year was an exception. We went to the Caribou show with friends who also dressed up (there was a wizard, a prom queen, a dead beauty queen and two mechanics) and we were all thrilled to see so many people dressed up at the show; I didn't expect that kind of enthusiasm at a hump day Halloween show, especially because there were so many parties the weekend previous. The highlight of the evening was when we spotted another character from Arrested Development: Tobias Funke. It was a beautiful reunion. The guy wasn't able to fake the baldness, so Michael suggested that he add a trickle of fake blood to his forehead to represent the time Tobias got hair plugs; we saw him later and he'd added the blood to great affect. He was wearing his never-nude jean shorts, if you were wondering. Our Halloween team schemed about going as the whole Bluth family next year, and I have to say, I'm already making tentative plans. If not the Bluth family, then some other team costume will surely be possible.

Wow, creativity! How can someone as cute as Michael look so dorky? It's his magic power, I guess.

We had a party at work - I love work-related costumes. Two people went as improperly wrapped government art works (scary!) and someone else went as a Captain of Archival Description. Funny, but only to us.

Your costume is good Erin---but you are just so much cuter than Robert Smith. You look like Robert Smith if he was pretty and adorable.

here's a picture after the seal attach

oigzI think you are great Erin! Arrested D - I never knew but Miguel looks true to the pictchah.