Michael and I went home to Saskatchewan for our friend Darcy's funeral on Saturday. I'm at a loss for words about the whole thing, so these (awesome) photos will have to suffice as a tribute. I've also included Darcy's obituary, below. 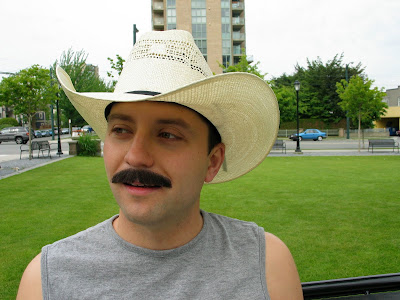 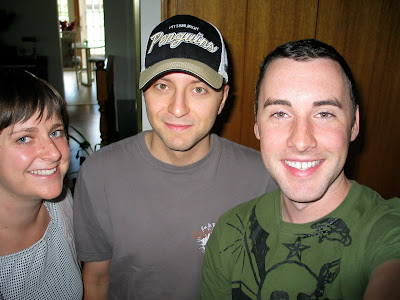 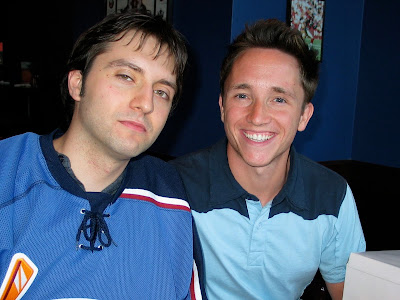 It is with great sadness we announce the passing of Darcy Pellerin on January 29, 2010 in Prince Albert, SK at the age of 32 after a brief battle with brain cancer. Darcy is survived by his parents Norm and Leona Pellerin; sister Dana; grandmother Mary Lubyk and numerous aunts, uncles and cousins. He was predeceased by his grandparents Arthur and Eliane Pellerin; grandfather John Lubyk; aunt Darlene Lubyk and cousin Jeremy Chenier.

Darcy received his schooling in Prince Albert and then later attended the University of Saskatchewan and the University of Regina where he attained his degree in Fine Arts. He moved from Regina to Vancouver where he worked in the film industry until he was diagnosed with a brain tumour. After surgery and treatments he decided on a career change which brought him back to Prince Albert where he enrolled in the addictions program at SIAST. After completion he was employed with the Prince Albert Parkland Health Region as an addictions counselor.

In lieu of other tributes, memorial donations can be made in memory of Darcy Pellerin to Brain Tumour Foundation of Canada or online at www.braintumour.ca/braintumour.nsf.

"Never feel sorry for a millionaire."